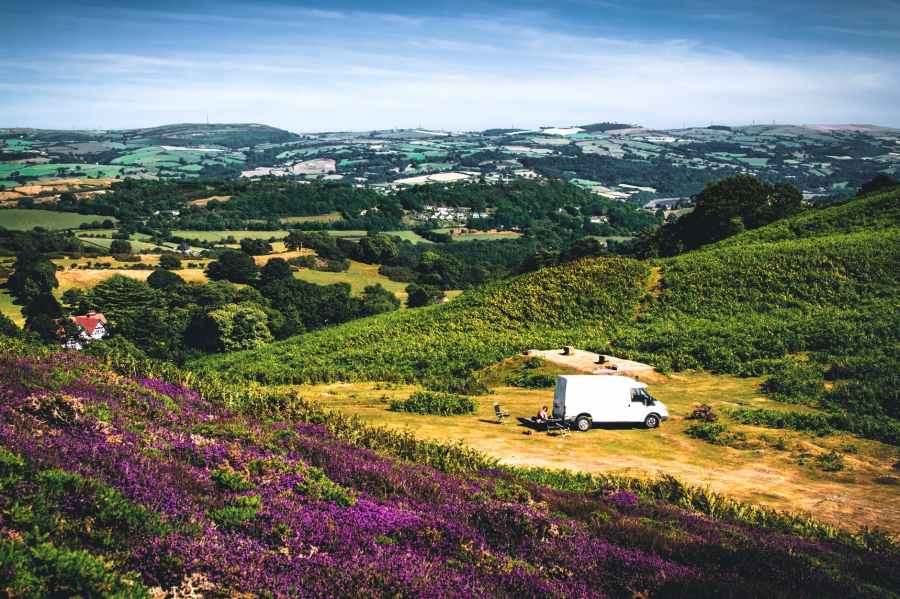 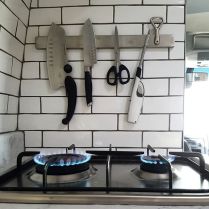 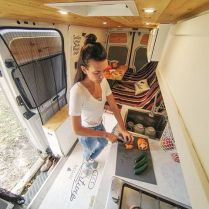 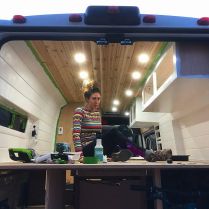 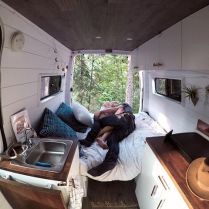 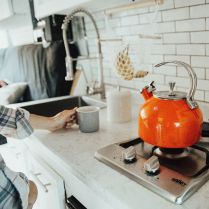 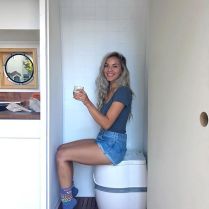 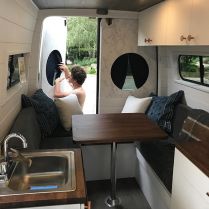 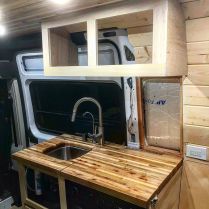 There are a lot of glamorous social media accounts out there that make it seem like everything is all fun and games. But there are a lot of very open people too. And sometimes those people just happen to have some of the coolest van builds I have seen. With tons of information about how they did it! But there are 2 MAJOR ones that I refer to quite often when it comes to figuring out what I’m doing as I go.

Not only do they seem like totally down to earth folks, they have documented a good portion of their recent van build. Whenever I see their work I always think “there is no way I can do that”. But as Anthony Hopkins’ character said in the 1997 movie The Edge:

What one man can do, another can do.
– Charles Morse

My mom is constantly reminding me of this quote and assures me that it’s possible with enough effort and planning.

Trent & Allie also put forth a great deal of effort and planning into their build. Enough solar energy to provide for their needs, basically a full bathroom (toilet & shower), and they drive a Ram Promaster, aka Pamela Vanderson ❤

I’ve spent a good bit of time studying their recent van build for Bob, Eamon’s father. I found myself laughing at the light-heartedness of their videos quite often. While they can be silly, the videos are rather informative and ultimately gave us the inspiration to build the floor frame the way we did. Plus, who doesn’t love Bob?

Plus they sell Chai. I have to have some.

Lucas & Willa were one of the first vanlife couples that my wife and I discovered on instagram. We followed the honeymoon phase and were kinda sad to see them selling their van. At the same time, though, it gives us hope that we are truly making an investment in our future when we are building out our van.

There is also a wealth of information on the viathevan blog that I am referencing during the conversion of our van.

I hope that one day Edith will inspire others to give up some possessions and live a minimalist lifestyle.

2 thoughts on “Inspiration for converting our van”

This site uses Akismet to reduce spam. Learn how your comment data is processed.